A meditation camp was held at Naggar, Himachal Pradesh, a few months back. I was a part of it and so was a fellow practitioner, who is a scientist at the Bhabha Atomic Research Centre. We were there for three days, and each day I saw this scientist walk to a nearby shop to purchase a couple of packaged drinking water bottles. Since we were at a comfortable guesthouse with all the basic amenities including water, I asked him, “Dear sir, why do you buy more plastic bottles when we already have clean drinking water available at the venue?” His reply blew my mind, and I am sure would blow yours, too, “I only drink mineral water.”

Highly doubting his ability to read, I pointed out at the label on the water bottle that said, “packaged drinking water.” I told him that this is just drinking water with no minerals in it, in addition to that, it is creating a lot of plastic waste. Wait a second for his second reply to this one, if his earlier reply did not blow your mind, “Yes I know the bottle is plastic, I can see that, but how does that matter?”

Hopelessly, I uttered the words Global Warming and Climate Change. He said that all this is a myth and nothing will happen. I asked him if he really was a scientist and what exactly is he researching. He told me that he and his team are working on how to accommodate the aggravated level of carbon dioxide in the atmosphere. To that, he added that he firmly believes that soon, human beings will evolve and start inhaling carbon dioxide, and the problem will be solved. And I am a toothless kid with a Teletubby bear outfit.

I am no scientist but I do understand that cities are becoming unbreathable, that oceans are full of plastic and mountains are massacred, that the Earth is warming, and this is really the time to pull the emergency brakes or else we are free to walk towards our doom and Earth would anyway recover after we are wiped out. Here are some facts for those who care.

Climate Change is a Myth?

To all the naive folks, who think that climate change is a myth:

2) The Earth is warming because of our, that is the human race’s, actions. We are emitting an unforgivable amount of Greenhouse Gases

3) If we continue at the same rate, then… well then good for Earth because then it can recover after we all have been wiped out.

4) So let’s see, where did we start goofing up: Earth’s average temperature started rising when we hit the Industrial Revolution. Quoting from a Harvard Research paper— “Climate Change in 2018: Implications for Business”— “In 2016, the Earth experienced its third consecutive hottest year since record-keeping began.” Now I don’t mean to bore you with all the data, but then most of the scientist folks agree that this warming has been largely caused by the insane increase in the atmospheric GreenHouse Gases such as carbon dioxide, methane and nitrous oxide, and all the geek stuff. As a matter of fact, ever since we hit the industrial revolution, these greenhouse gases are on the rise and “were 60% higher in 2014 than they were in 1990.”

It’s July, and I am in the mountains, temperatures are rising like never before, monsoons are nowhere to be seen, table fans have been installed in places there were never required earlier, there is a huge mosquito problem in cold deserts like Ladakh and Spiti now, the glaciers that were close to the villages have now receded hundreds of meters away in the past couple of years, glaciers are melting too fast, causing floods, the Earth is warming with Greenhouse gases and the sea level is rising but the thousands and thousands of taxis and trucks crossing their paths sensitive passes and glaciers don’t stop. Industries won’t stop. Killing the rainforests won’t stop, and Mr. Scientist buying plastic bottles won’t stop. The dangerously abrupt weather patterns are in play, and we are still fighting over Zomato delivery boys. Seriously?

A winter ago, I was at my landlord’s place in Manali. It was snowing, and we are sitting around a bonfire. My landlord, you see, is a man full of stories. So I asked him to tell us how was the weather and snow back in his days. Even though the snow we received in 2018, last year, was quite good; he said that it’s nothing. He claimed that this is nothing compared to his childhood; he’s only seen nature decrease and concrete increase as he grew up.

My mentor Indranil went to the Kanchendzonga base camp 20 years back, and he has sad news, the Zemathan glacier has already receded 200 to 300 meters in the last couple of years. And the same goes for many other glaciers. Even more frightening is that Arctic ice is not only melting but warming up twice as fast as the rest of the world, which of course is evidently resulting in extreme natural disasters.

1) Increase in the sea level: The Earth is warming, the icebergs are melting, the ocean temperature is on an all-time high. Mayday! Quoting from a Harvard Research paper— “Climate Change in 2018: Implications for Business”— “By 2050, between 666,500 and 1.7 million people in the Pacific are expected to be forced to migrate due to rising sea levels, including the entire populations of islands such as Fiji, Marshall Island, Tuvalu, Bangladesh, Netherlands and more.”

2) Unpredictable Weather Patterns: From droughts to floods, from cyclones to hurricanes, famines to everything that is upside down when it comes to the sensitive ecological balance of Earth. Take, for example, when I was in Chango, Kinnaur, a few weeks back. Chango has been famous for apples, one of the best ever to be born. An old Kinnauri man is working in his apple orchards. The snow had been good last year, and I ask him about how are the apples turning out to be. He tells me that snow was good, but at this time of the year, which is July, is when apples need rain. It hasn’t been raining properly, and the harvest looks bleak. You see, the ecosystem of our planet is interconnected and there is a limit to exploiting it.

3) Beyond Human race: Let’s not forget the doomed fate of poor polar bears and other wildlife. Have you seen the viral video on Instagram? The one in which polar bears are eating from a dumpster? Yeah, that one. It’s real. You see the polar bears hibernate in winters, but last year there was barely any snow for them to hibernate; as a result, they were awake and eating, which led to a shortage of food.

Climate Change – What Can We Do?

1) It’s real: For once, let’s stop assuming that climate change is a myth. It’s real. It’s dangerous. And we need to act right now.

2) Use energy efficiently: Small steps can have a huge impact in the long run. Start with using CFL bulbs as they consume less energy, turn off lights when not required or any other kind of electronic device.

3) Let’s move as far away as possible from using fossil fuel.

4) Take a small step: Carpool or use public transport.

5) Say NO to plastic: There is no further explanation for this. Just say NO to plastic. I still know a lot of people who carry a handbag made of cotton to buy groceries or a water bottle to avoid buying a new one.

6) Plant more trees: For all I know, the most simple and efficient solution that even a first-grade kid would understand is planting more trees.

7) Reuse: This is as simple as using a handkerchief instead of a tissue paper, or avoiding the usage of paper bags, reusing plastic bottles and containers.

8) Conserve water: There are so many countries across the globe that are already facing severe water problems. Least you can do is save it if you have it.

10) Become aware and spread the word to other people: We can only fight a demon once we accept it and name it. If we keep sidelining a terrible threat such as global warming, we are simply heading towards our own doom.

For all I know, while the man tries to find life on other planets, he completely forgets his own. Click To Tweet

For all I know, while the man tries to find life on other planets, he completely forgets his own. It takes to be no scientist to understand that we are exploiting the Earth, over-ripening the benefits of nature, destroying the only place we call home and after this plundering rampage; instead of mending our ways we are investing millions and millions in order to find “life” on another planet. 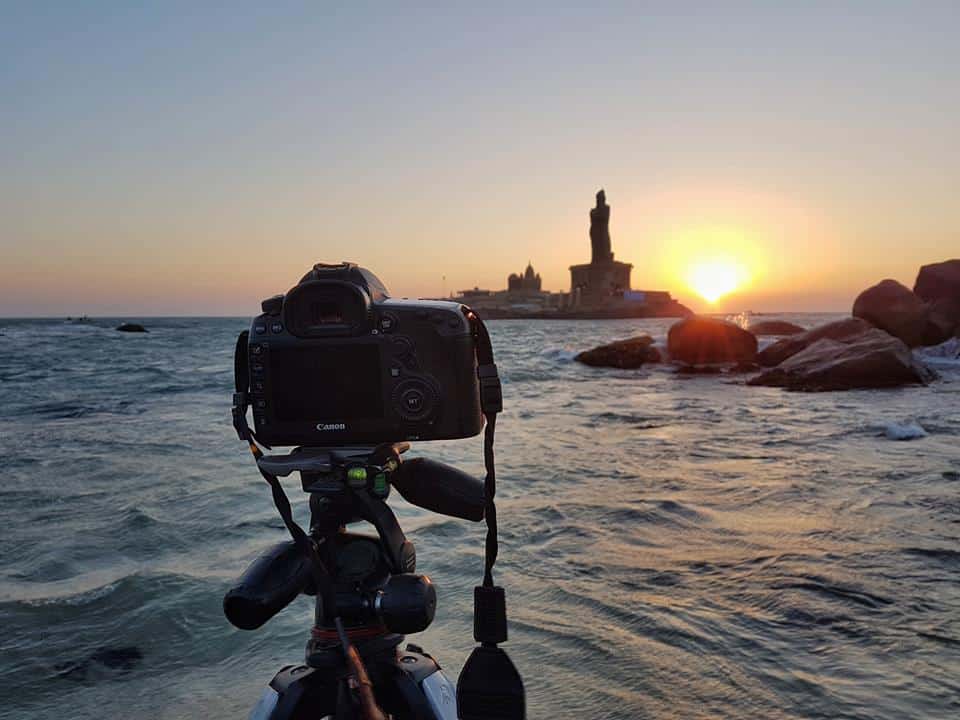 When they say travel photography, a montage of cool Bollywood movies, random travel plans, living a life on the edge...