Chennaivaasis (Inhabitants of the Chennai city) often complain about the lack of scenic getaways, which can be explored within a day. I would like to argue that if only people were willing to take their chances to explore offbeat spots, will they ever get the opportunity of visiting a place like Alamparai Fort. It is located midway from Chennai and Pondicherry on the East Coast Road, about 100 kilometers from Chennai and 50 kilometers from Mahabalipuram. The Fort is a 17th-century Mughal era structure built by Dost Ali Khan, the late Nawab of Arcot. All that is left from the once majestic fort is a Mausoleum in its center and the ruined fort walls encapsulating it. Alampara Fort, as it is called by the locals, is now a site rarely visited by tourists due to poor maintenance and local law & order issues. Despite all the stated concerns, it sure will be worthwhile to spend an evening at the deserted ruins.

Trivia: Constructed by the Nawabs, and later handed over to the French, Alamparai Fort served as a stronghold with a seaport containing100-meter dockyard. The Fort also had a Mint within its premises.

As stated earlier, Alampara Fort is just 100 kilometers from Chennai, which translates to just above 2 hours of travel. Also, the location is secluded from other places of interest, and it would just take hardly 2-3 hours to explore the Fort thoroughly. Therefore, setting off your expedition with Alamparai Fort being the only destination, would be an inefficient plan.

I visited the ruins last year while returning from Pondicherry, where I had spent a weekend with my friends. There were ten of us in two cars. We started from Pondicherry after a sumptuous lunch. Visiting Alamparai Fort was suggested by one of the guys who visited the spot earlier. To be honest, we were not in the mood to visit a fort after two consecutive days of partying. But he was persistent and promised that it would not take more than a couple of hours. So, we agreed to visit the Fort and proceeded towards Chennai.

If you have a weekend to spare, you can plan a trip to Pondy and during your commute, plan accordingly to take a detour and reach Alamparai Fort. Click To Tweet

Hide & Seek: After driving for one hour from Pondicherry, we reached Kadapakkam. It is a small fishermen village from which we had to take a detour to reach Alamparai Fort. It will be confusing to find the correct turn without the help of Google Maps. In our case, it was abstruse because of bad network coverage. In fact, it would not have been possible to locate the village in the first place if we had failed to decipher the small illegible placard. We enquired a couple of locals about the direction of the Fort. As per the advice, we took a right turn at a small intersection.

Tip: Download the offline map of your route before travel, as you might face network issues during your travel on the highways.

Permission Denied: We were advised to travel for approximately 3 kilometers on the narrow road. It was a bit hectic to drive through the congested road. After driving for a few minutes, we encountered a check post with a cop checking the vehicles that passed through. The cop identified us not to be a part of the locals from nearby villages, rushed, and blocked our vehicle from moving further. We thought it might be a regular checking for vehicle papers or bootlegged booze. But we were disappointed to learn that the site was closed for the public. After probing further, the cop informed us that entry is closed because of safety concerns and added that there was a clash between two local communities resulting in bloodshed. But we were insistent on visiting the Fort and returning before the sunset. As we promised him a quick return, he allowed us to pass through.

Broken Piece of History: From the check post, it took us just a few minutes to reach the Alampara Fort. Upon arrival, we were greeted by the Fort’s broken walls with cracks and huge voids distributed throughout. Apart from us, there were few other sightseers as well (not sure how they got through the check post). We followed others and entered the ruins through one big void in the wall. A mausoleum was present in one of the sections but was in bad condition due to poor maintenance. Broken liquor bottles and trash were slackening the artistry around.

Trivia: Voids in the wall are actually strategically placed gaps to mount cannons during the French occupation of the Fort.

Nearby the mausoleum, we found the iconic area which has delivered trophy shots for several photographers marching here just for this location. The area is surrounded by the aged rugged walls with a huge tree occupying one corner. The polyps that branch out of the tree crawls through the wall’s cracks and finally reaches the ground. This whole setup calls for a photoshoot, and rightly so, we followed tradition. After spending up to an hour roaming around the ruins, we took a quick stroll along the backwaters with knee-deep seawater. The evening sunlight enhanced the mood by adding a vibrant accent to the ruins.

How to Travel: Traveling in your own vehicle is the best mode of transportation. You either can plan for a bike ride with friends or a road trip in your car with family. The East Coast Road that leads to Alamparai Fort till Kadapakkam is a scenic highway along the Bay of Bengal. Regular state government buses are available from Chennai and Pondicherry. The only inconvenience will be after getting down at Kadapakkam because you will not find any rides to take you to the Fort. Also, as said earlier, when you travel in your vehicle, you can visit other locations.

When to Travel: Finding the right time to travel to Alamparai Fort is a tricky business. Weather is not the main concern when traveling to this spot. The most important aspect to consider is your troop’s safety, as the place is known for numerous instances of crime and misdeed. Make sure that you are not traveling solo or in small numbers.

Trivia: The French occupied Fort was later captured by the British. Later, the British demolished the Fort partially. And during the 2004 Tsunami, the Fort was further damaged as some portion of the Fort was engulfed by the sea.

What to Do: Alamparai Fort is a photogenic spot used widely in many regional movies. You can go around the ruins, take pleasing pictures, and learn a little history. There are steps leading to the top of the outer walls, and on climbing them, you will find a bird’s eye view of the backwaters. Apart from the ruins, you can take a boat ride in the backwaters, which can be arranged by the fishermen from the surrounding villages. Besides Alamparai Fort, on the way, you could visit Crocodile Bank, Muttukadu Boat House, Kovalam Beach, Mahabalipuram, or Mudaliarkuppam Boat House.

If you have a weekend to spare, you can plan a trip to Pondy and during your commute, plan accordingly to take a detour and reach Alamparai Fort. But if you just have a day available, then you probably could travel to Mahabalipuram and Alamparai Fort, or any other places suggested above according to your preference. There is not much left from the Fort, as you will only find the broken outer walls of the Fort in a desolate state. However, this should not discourage you from checking the place because of the crude ambiance that the place offers.

Sabari Nath Hey, I am Saby. I truly believe that the value of our life is directly proportional to the lives we have influenced and touched. It is the only thing that adds meaning to our otherwise incomprehensible and puny lives. Take joy in every simple thing and learn from every opportunity. Travelling gives me the opportunity to explore new places, meet new people, and explore their cultures. As the good ole' adage goes, "To travel is to live"! 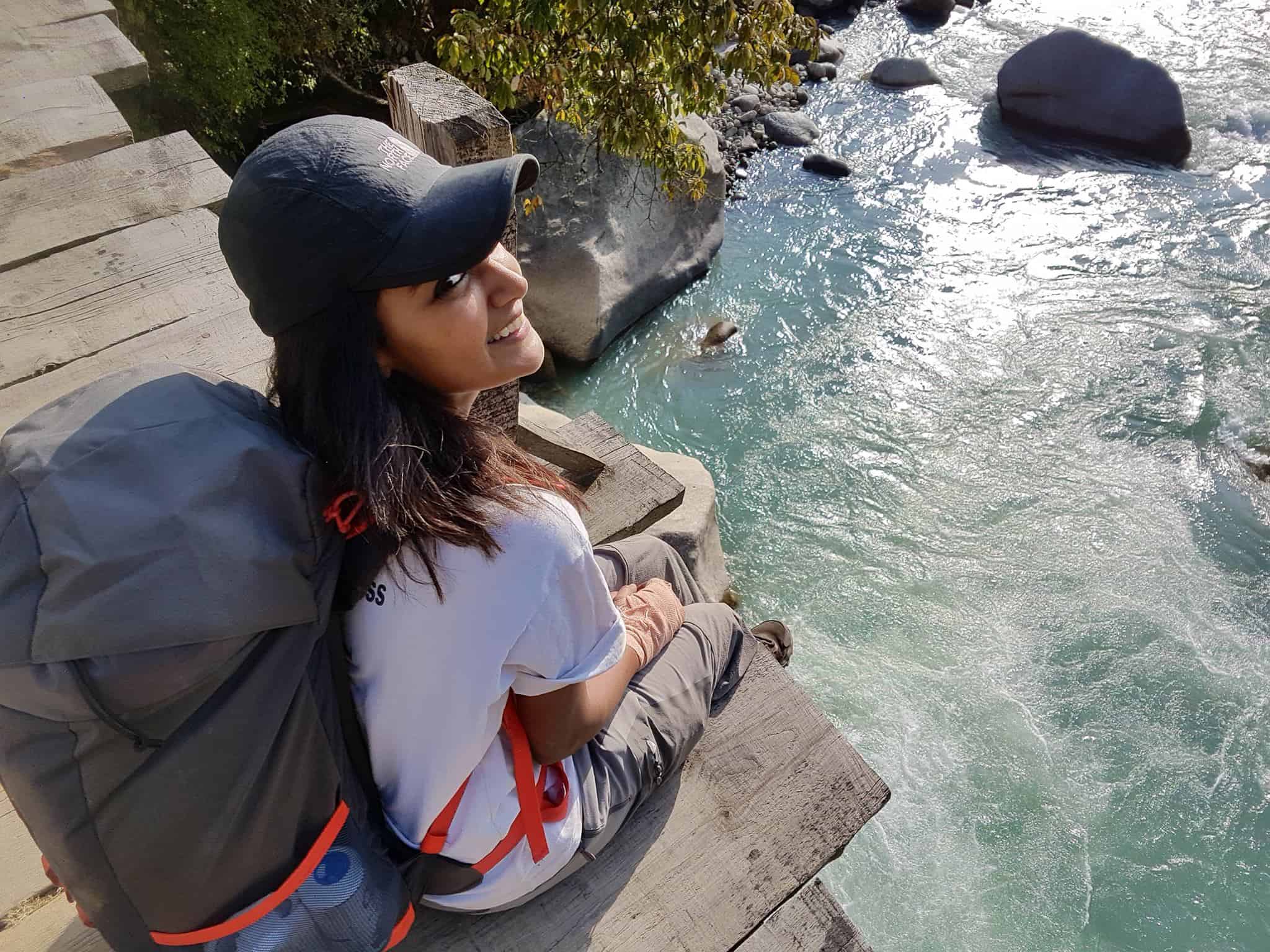 The Pro-Backpacking Guide You Need for Traveling! 🎒

Rolling up everything you own in a backpack and embarking on an adventure is the new age travel mantra. It...