The Khekra of India: Is it the Encierro of Spain?

Under the November Sun, I walked in a crowd of about thousand people. Hundreds were sitting by the terrace walls — some hundred sitting on the roofs, while some were clinging to the lamp posts.

Under the November Sun, I walked around one of the famous pilgrim places across India. I was in Nathdwara.

A day after Diwali, Nathdwara (situated close to Udaipur) invites a large number of pilgrims to worship the holy shrine of Shrinathji (childlike reincarnation of Lord Krishna, who is widely worshipped by the Vaishnav community of Gujarat and Rajasthan) and to participate/spectate the not-so-famous Khekra Festival.

The Khekra is a holy festival quite similar to the worldwide famous Encierro (The traditional Spanish festival of the running of the bulls. For Indian readers, this is the one that had thrilled all of us in the popular Bollywood movie – Zindagi Na Milegi Dobara [2011]).

Khekra Festival – Why is it Celebrated?

The Khekra Festival which is majorly referred to as the Govardhan Pooja of Nathdwara takes place annually and celebrated on the next day of Diwali.

According to legends, one fine day, Lord Indra (the God of Rain) caused floods in the residing village of Lord Krishna.

Preparing for the Celebration…

It was about 4:00 pm when more pilgrims had started entering the temple vicinity. Queues in the chai stalls had started getting longer. The much-anticipated crowds had started hooting till their breaths choked. Streets blanketed with herds of men and women walking by.

While most women, and grandmas chose to sit safely by the terrace boundaries or stand by the railings of the balconies, men of all age groups spread across the streets of Nathdwara.

I stood somewhere in the not-so-crowded gullies with little or no person loitering around. With a confused mind and a thrilled spirit, I was at the crossroads of choosing to participate in the Khekra or taking the safer route of that a spectator. As a mix of emotions rushed to my brain and hurried down my heart, I chose to play but-not-to-play. I decided to be a spectator of the Khekra.

While the clock ticked 4:15, I was standing safely by the balcony of an ancestral home in the company of women draped in saris -pink, red and orange; eagerly waiting for the game to begin.

4 past 30, the temple committee broke the ice. The Khekra had begun.

In a fraction of a few minutes, about 30 bulky cows of Shrinathji’s Gaushala (cattle shed) came running down the heavily mobbed streets of Nathdwara along with their Calves and the Gwalas (cowherds) dressed in traditional clothes who stood out much vividly from the rest. And this was when, literally, to all the spectators present there, the Khekra had begun.

With all the spectators being heavily indulged in hooting, taking videos and clicking photographs, the players down the street had started moving like headless chickens. They shouted and screamed in excitement, fear, and thrill. With zero clues of what the next second would bring in, they’d all tightened up their spirits and moved along with the crowd.

As the gwalas teased the cows with a toy-like object that emitted a sound similar to chh–chh–chh and hid their calves away from them, the cows wandered about the streets in agitation to find their missing calves.

In search of their missing calves, some cows thrashed the shutters of the closed shops, some broke into the entrances of the houses, some attacked herds of men and women making them helpless to climb up the lamp posts, at times which were also replaced by trees, some knocked down herds of men on open drains.

In the middle of all this, handful men were severely attacked leaving them bleeding profusely and had to be rushed to the hospital. But the game didn’t stop. It went on for about 60 more minutes.

At an instance, one of the gwalas was slammed onto the shutter of a closed shop and was led to bleed severely. But the gwala continued to play his part in the game. As the game went on, few more cows came in. More agitated than the previous ones. But the game stopped for none. Some were chased to run errands while some just moved a bit here and there with most of the players remaining unattackable.

Watching this from a safe-spot all I could easily comprehend was that one trick to save oneself was to stand close to the calf because simply put, that’s the end of the chase.

Ninety minutes of the game, had then come to closure by performing a closing ritual where bulkier cows ~ the Govardhan Cows ran three rounds around the temple premises, and all the players queued up to worship them and head towards the temple for the preceding Aarti.

Facts of The Khekra Festival 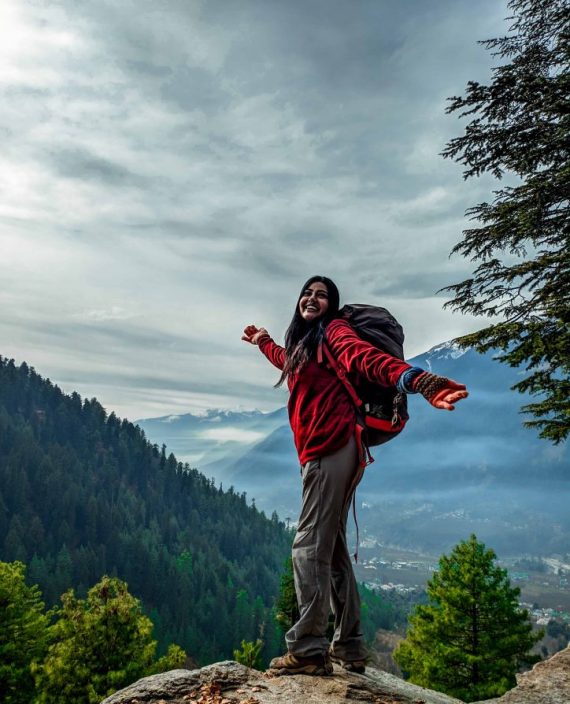 Sponsored Travel: Getting Paid to Travel the World! 🌎

Pre-Script: Wanderlust Era! Wanderlust has become the dream of our generation. Suddenly, everyone, has a backpack tugged in the overflowing city closet,...