Gems of Spiti Valley – Beyond the Horizon of Magic! ✨

About Spiti: A high altitude cold desert located in Himachal Pradesh. It is characterized by barren mountains, treacherous passes, long rivers, and dreamy landscape. The Moonland is home to thousands of years old monasteries and is definitely one of its kind.

About Spitians: When I think Spiti, I think of her. Her in a little woolen dress running around the muddy trails of the village. This little girl aged merely three taught me the most important lesson by far. A lesson the people who run this world don’t understand but should. A lesson that says a lot about this valley that many of us would soon tread to fashionably vacation in. I’d say, there’s no meeting Spiti if you don’t explore the hearts of the Spitians. So allow me, dear reader, to share a story. It’s called the biscuit story.

The Biscuit Story: The sky spread wide across the mountains in the Spiti Valley. Somewhere in a small village called Mudh, little white mud houses were cherried on muddy village trails. I hopped out of the homestay to find a girl with a herd of sheep.

The moment she saw me, she held my hand close and took me to her home. Her home being a small dark room with a high window closer to the ceiling. Her mother was roasting beans as light entered and fell on her face from the window. The smoke from all the roasting illuminated the window. Her mother invited me over and served a handful of beans. Soon her aunty walks in the scene and offers her a pack of biscuits. It was one of those, the one in which two little packs of biscuits are wrapped into one. We ate beans and chatted for a little while as she toyed around the pack of biscuit. Soon she opened the pack to discover that it wasn’t one pack but two. Can you guess the first thing she did when she found out that there were two packs instead of one?

Imagine a three-year-old who understands that. Imagine a village who brings up children that way. Keesha’s heart knew no bounds of love. There were no calculations in her love. It was just there, pretty much like the mountains, the sky, and the river. And I can proudly say that the most important lesson I’ve learned in life, comes from a little kid in the Spiti Valley, aged merely three.

That afternoon, we were leaving Mudh. There was some construction work going on at the roadside, right outside the village. There were a few workers lunching at the side of the road while others worked. The trail was muddy, and a hurricane of dust roared, as our four by four vehicle passed by. I looked outside the window to notice that out the little hurricane of dust must have disrupted the workers eating just a few steps away from our cab. I asked the driver to stop and rolled down the window to apologize for the inconvenience to the workers who were eating. As I craned my neck out to say sorry, all of them started smiling and waving goodbye, before I could utter a word. They asked us to visit soon.

You see, I firmly believe that people are the soul of a place. There’s no exploring any destination, without exploring the hearts of its inhabitants.

Spiti is untouched and unspoiled not only in terms of landscape but also the heart of its people knows no dirt of corruption. Here a few things you simply can’t miss in this heavenly valley:

1. A Silent Walk in the Chitkul Village

Chitkul village looks like straight out of a Himalayan postcard. Somewhere in the magic of traditional Kath Kuni houses, cobblestone streets, a river, called Baspa, flowing from the foot of the village—travelers lose their heart. It is also popularly known as the last village before the Indo—Tibetan border. Though, famous on the touristy circuit, the village maintains its scatinity and natural scape.

A visit to this about a kilometer long and half a kilometer wide lake is pointless, without knowing about the many legends it is wrapped in. Chandratal literally translates to the “lake of the moon.”

Legend has it that “Chandra”, the daughter of the Moon and “Bhaga” the son of the Sun, were in love. Their parents’ though were not so keen on this union. Hence, they disapproved. Chandra and Bhaga decided to elope and get married. Chandratal, the lake is considered to be a mark of their reunion.

ALSO RELATED: Chandratal Lake – A Place to Get Away from Life itself!

Another local legend claims that fairies visit Chandratal at night. No kidding, some of my travel mates even claim to have seen tiny little fairies. Wish to try some luck?

Set at an unbelievable altitude of 4440 meters, the post office in a village called Hikkim—is the world’s highest. A lot of travelers and locals, of course, take delight in sending mails from this little post office. I made a list of all my folks who love receiving postcards. When we got there, an old post mater happily helped us along with many other travelers in sending postcards to our loved ones from the world’s highest post office. While writing these postcards, my faith in the postal services was questionable. You see, it’s a tough trail. Hikkim is not your nearby grocery store. It is difficult to get there. The roads are harsh, and the journey can be an arduous one. The mails have to first get to Kaza, from Kaza the mails are further dispatched to other places. The postcards travel through many mountain roads—good, bad and ugly to finally make it home. To my surprise, all my folks received the handwritten postcards. Isn’t that almost magical?

However, what makes this post office even more important is that this is the only mode of communication for the locals and the visitors. The mobile network isn’t trustworthy, sometimes BSNL works, and other times it simply doesn’t. Okay, it mostly doesn’t work. No internet. Nothing! If it were not for this little post office, Hikkim and other nearby villages would have been isolated from the rest of the world. Isn’t it simply marvelous to realize that in the day and age we live in, there is a village in our country with a post office being its’ only bridge to the outside world!

Where else could you possibly find a “mummy” in India? Our very own Spiti Valley has many secrets, and the mummy of Giu just happens to be one of them. As per folklore, this mummy is of a lama who “left his body” while meditating at the age of around forty—five, thousands of years ago. However, carbon dating proves that the mummy dates back to 1475. Yes, 1475! Surprisingly, the remains of eyes, teeth, and hair still survive. It is believed, however, can’t be factually proven that this mummy belongs to the monk, Sangha Tenzin. A glass cubicle is a revered home to the mummy in the Giu monastery, go check it out!

Komic, Kibber, Mudh, Tabo— all these villages are a dream come to for stargazers and night photography enthusiasts. Spiti certainly has one of the best night skies in the Himalayas.

Popular Circuit: This is the usual itinerary that travel folks follow in Spiti. Not to say that you’ve got to follow it, but to illustrate a general idea of how to go about places. 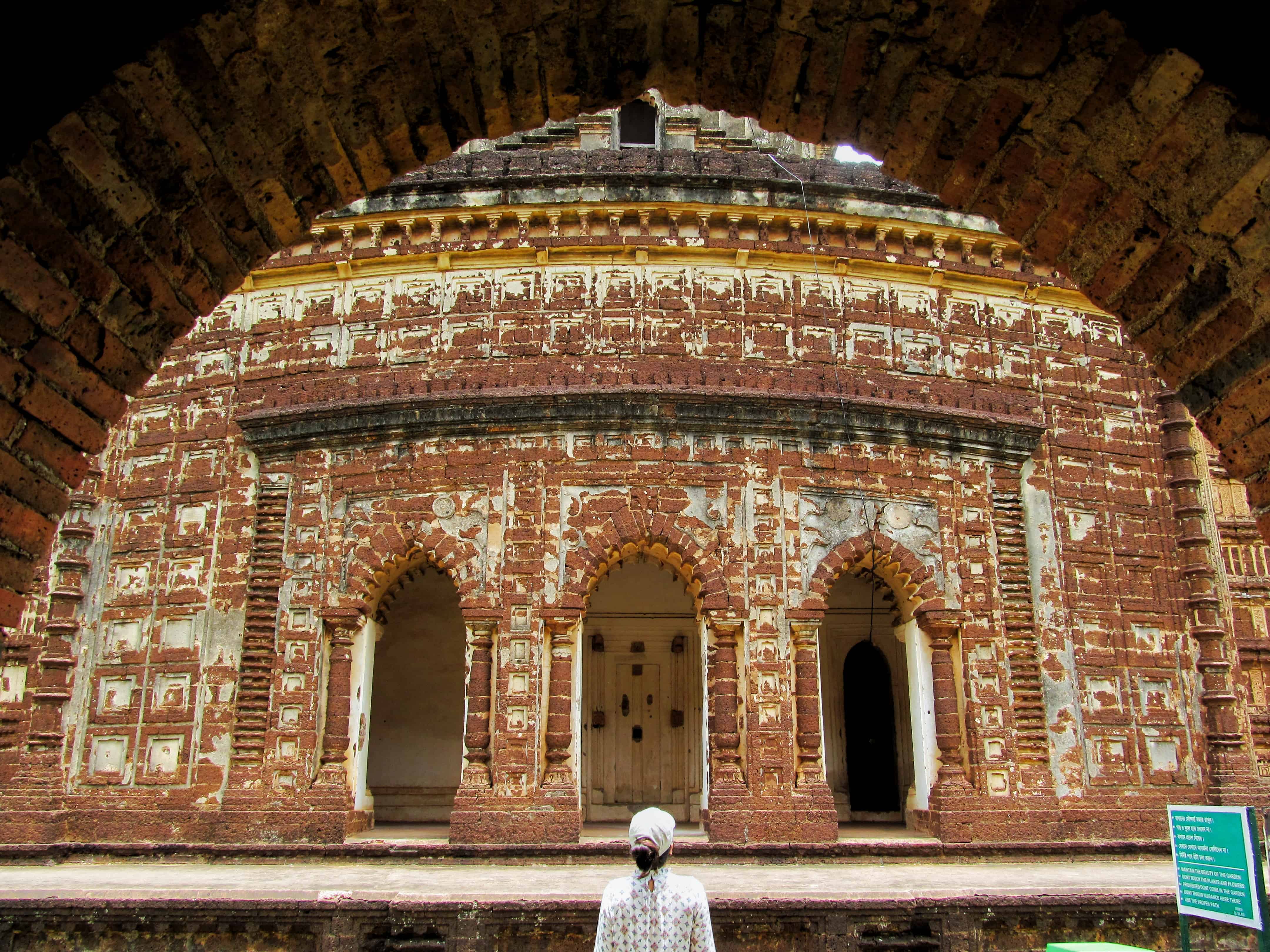 History and Life Lessons from Bishnupur in West Bengal

Dotted in brick reds, adjacently lined through the narrow streets, amidst green parks and dried creepers stood not one but...