Don’t get me started on this one. Altitude sickness has knocked me twice, and there’s nothing more than AMS that I dread in the mountains. Mountains are beautiful and life-giving. At the same time, they can be harsh and unforgiving. It becomes very important for mountain lovers to learn to draw a line between ADVENTURE and MISADVENTURE. Understanding Acute Mountain Sickness is a responsible step towards avoiding misadventures. Let’s be on!

What is AMS aka Acute Mountain Sickness?

The first time when I experienced this lethal discomfort, I had no definition or words to describe what was happening. We were on a road trip to Ladakh, about to hit Sarchu 14,070 ft. After crossing Baralacha La, my head started throbbing out of dizziness, and breathing became an act of tremendous effort. Initially, I ignored this, keeping into consideration our rigorous travel itinerary. However, within a couple of hours, matters slipped out of hands. It was as if someone has grabbed my nape real tight and is blowing hammer shots on my head. There was no respite even after reaching Sarchu. The nauseous feeling kept growing on me. I realized something wasn’t right, and this information must be shared with the tour operator/leader. On having learned that I was hit by AMS, my mentor advised me to drink loads of water and have garlic soul. We halted at a local dhaba, practically in the middle of nowhere, and ordered garlic soup for everyone. As advised, I diligently consumed two bowls of garlic soup. AMS continued to kill me, as we hit the road again. We reached Sarchu, but there was simply no relief. In fact, it kept getting worse by the hour.

Sharing this horror real-time with your trip leader is really important. But, I, like many others, made a terrible mistake of deciding otherwise. I zipped my tent and simply decided to sleep over it. Not seeing enough of me, our trip leader came to check the pulse of the moment. After a thorough medical check-up, he gave me an Ibuprofen and advised me to rest. He even assured me that we’d be leaving tomorrow so this should be taken care of.

Nothing really seemed to work until we left Sarchu and came back to a lower altitude. Acute Mountain Sickness is the most common distress acquired because of altitude elevation. Reduction in oxygen concentration in the air that is usually referred to as the “air being thin” and atmospheric pressure could even lead to swelling in the base of the brain. One must treat this with utmost urgency.

At any given point in time and altitude, the air we breath comprises 21% of oxygen, 78% Nitrogen, and 1% other gasses. The distribution of oxygen molecules in high altitude areas is scattered, hence the density of oxygen in the air is less— that’s why they say that the air is thin. In lower altitude, because of high pressure, we take in more molecules of oxygen in the air as compared to higher altitudes. Now what happens is when we hit a high altitude area, the density of oxygen molecules in the air is less and the body in response to this, increases the respiratory rate and depth— and that’s why we start breathing heavily and quickly.

I am not sure if you understand the science behind this, but what I am basically trying to tell you is that decreasing oxygen levels combined with decreasing atmospheric pressure leads to altitude sickness.

The intensity of how bad it hits you depends on three deciding factors:

Aye, indeed! Acute Mountain Sickness can lead to death. More than one million cases of AMS are reported annually in our country. I’ve got to share this crazy story with you at this point. A friend of mine, who works as a freelancer with an adventure tour operator was out on a trek to the Markha Valley (Ladakh). The travel company, that I’d not like to name here, had signed up all sorts of folks from all around the country for this trek, without considering their previous trekking experience or highest altitude reached. They even signed two first time trekkers for this trek, who were from the south of the country, that is, low altitude area. These first-time trekkers booked a flight from Kerala to Leh. This means that they gained thousands of meters of altitude suddenly, and there was no acclimatization what so ever. They slightly felt out of ease in Leh. My friend advised them to keep drinking a lot of water and roam around as much as possible instead of being locked in the hotel room. However, they said they’d be more comfortable catching a couple of hours sleep in the hotel. The next day, everybody was supposed to head to the first base camp. These two trekkers were lethargic on the trail, and one of them started reporting severe heading on the trail.

My friend made him drink straight two bottles of water and gave him slices of roasted garlic to eat. However, as stated earlier, once the altitude hits you, the best cure is to descend to a lower altitude. My friend advised him to reach the first basecamp where there was a homestay, where this person could have rested. Just an hour before they reached the homestay, this person reported hallucinations beyond anyone’s imagination. He said that he could see his friend getting married, right before his eyes on the trail and he feels disheartened because his friend is asking him to clear the guests’ table and pick up straws. This blew my friend’s mind away. He kept his calm and gave an Ibuprofen to the whacked out trekker. They reached the homestay, and my friend advised him to rest. The next morning when my friend checked on him, he did not recognize anyone but his fellow trekker from Kerala. My friend obviously freaked out because of the memory loss situation. Imagine being in the middle of nowhere with such a sensitive case. My friend asked him what color is his jacket and he called an orange colored jacket green. The ability to lose color perception is another dangerous symptom. My friend was only left with an option to descend. They picked up their rucksacks and headed down, towards Leh. While descending, the trekker could even see Indian Cricket team playing in the Himalayas. As they descended further, the guy started gathering his wits again. The moment they hit Leh, the trekker rested for a while and was fine the next morning. You see, when I say that AMS is no joke, I really really mean it.

Acute mountain Sickness if not dealt with, can further aggravate to:

Simply putting it, both HAPE and HACE are life-threatening and can result in death. The situation usually aggravates so quickly that within minutes, one can lose a sense of reality and become unresponsive and die.

What can we do about it?

Diamox: Doctors and mountaineers advice to take a course of Diamox. It is important to understand that it is a preventive course and cannot cure AMS. One needs to start this course before gaining altitude. So let’s say you are going on a high altitude trek soon. It is advisable to start consuming Diamox at least three to four days before you start gaining altitude and continue consuming it on the trail. One is supposed to take this after breakfast and dinner, that is, twice a day. Note that Diamox will dehydrate your body; hence consumption of a lot of water with Diamox is a must. Also, the medicine does not guarantee a nullification of contracting AMS or anything like that. However, it does drastically reduce the chances of AMS.

NOTE: It’s a myth that attitude sickness only hits at 8000 ft or above. Research proves that with newcomers, AMS could possibly hit at altitude as low as 5000 ft.

Diamox is not a candy that you can pop in only because I asked you to, and it is a medicine that you must consume under the supervision of your physician. Also, drink a lot of water along with taking the medication. Regardless of your overall fitness and gym muscles, anybody can be prone to AMS. The intensity of AMS may vary from person to person. Smoking and drinking increases the chances of AMS and aggregates the situation. 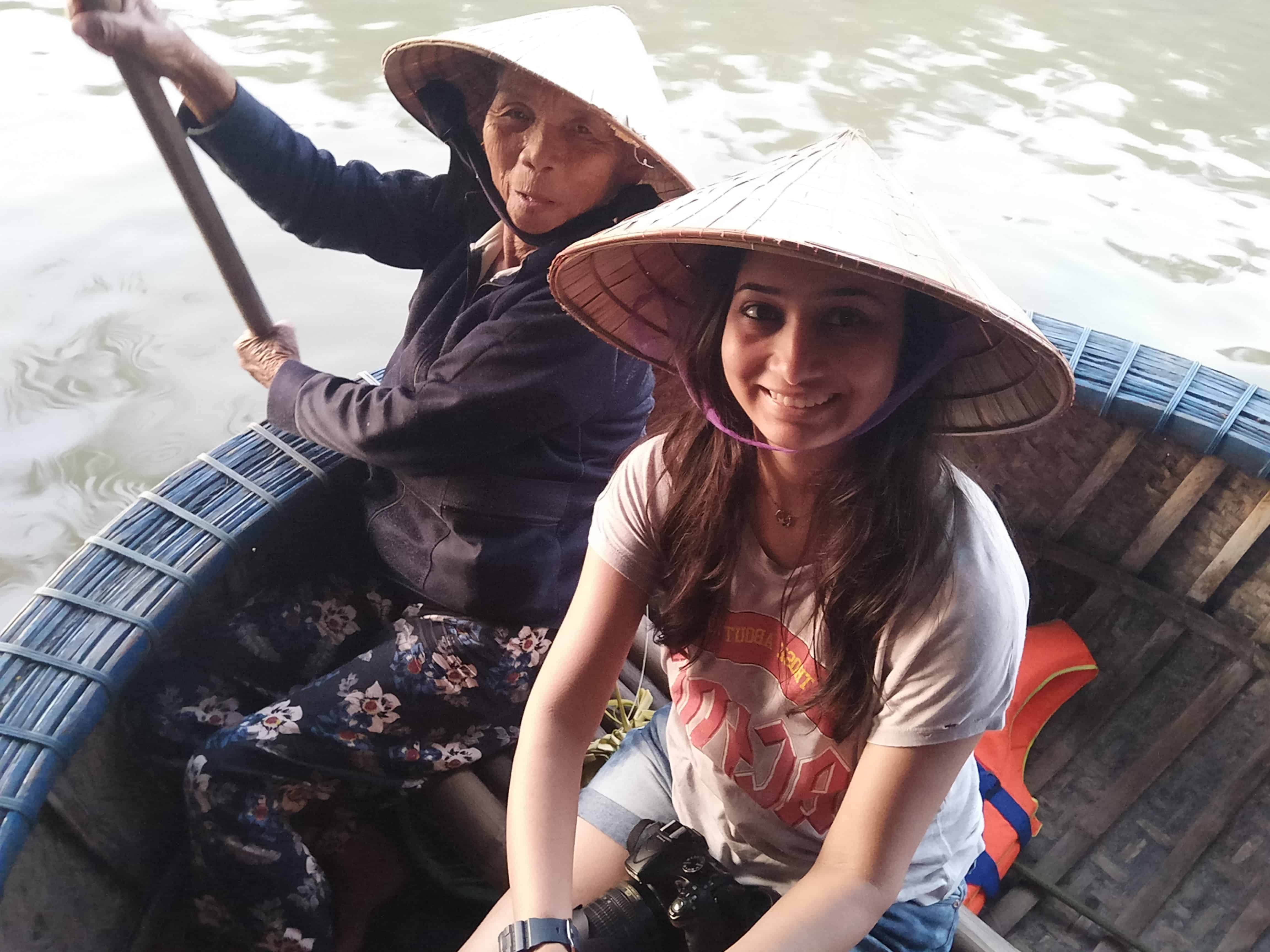 Vietnam 🇻🇳 – Your Happy Escapade On A Budget!

If you are on a budget and seeking stunning outlooks, cultural extravaganza, delicious street food, epic history, interesting folklore, and...