A Guide to the Best Offbeat Gems in West Bengal

Far-off from the Calcutta Cacophony. A Guide to the Offbeat Destinations in West Bengal.

From the crowded beaches to the city chaos I’d always called home, I was somewhere lost in the Bombay buzz.

The constant chase of shrugging my shoulders to fit in a jam-packed local to chasing traffic lights, my existence had somewhere started to become more of a race than a life.

Amidst the city rush, my breath only gasped to the sweaty bodies and smelly armpits. My mind only read the indicators of the arriving local train misreading all the moments where I’d allowed life just to pass by. In all the hours I’d flinched my wrist to hold on to the squeeze of the Mumbai local, I knew, I had to take a chance to flow with time embracing my existence over merely chasing the traffic lights go red-yellow-green.

A few days down the line, I booked a sleeper class ticket. Like none other it was the ticket that took me back to my roots, to have a month-long rendezvous with West Bengal (India) after what felt like ages.

As I sat by the window pane, my mind played peek-a-boo with the fleeting eludes.

Midst a ray of thoughts that crossed my mind, the one that stayed for long was my care for exploring the unsung Bengal countryside. The one that would transit me back in time. The one that was perched far off from the chaos of Calcutta (Kolkata).

Waking up to the first light of a new day, I strolled by the fertile land of Bengal that spoke of vivid green paddy fields, red ruined temples, and orange Sunrise skies. Quite intuitively, it felt as if I was exactly where I’d wished to be.

In this candid post, I would be listing all the unusual and unique places of West Bengal that swayed me to the rhythm of the Bengal countryside; taking me away from the cacophony of the city.

1. The Sal Forests of Joypur.

The balminess of an evening drives through the dense sal forests — the pink-hued Sunset sky. And the flock of birds flying back home reminded me of how interestingly I was composed to spot beauty in the little things. The scent of a foresty nip. The freshness of all the wilderness around. Lantern-lit homes of tribals. And an utterly foreign dialect of Bengali floating by; plastered me to fall in love with the Bengal countryside I’d never experienced before.

To my racing mind and a worn out body, the freshness of the tall and lean sal trees was all that I needed to wrap myself in comfort.

Safety Tip – It is advisable to avoid driving through the Joypur forest after Sunset. There have been instances of wild elephant attacks down the same route.

2. The Lost Temple Town of Bishnupur.

Moving 40 km away from Gongoni, we drove through the scenic country roads of a small town spread with brick-red terracotta temples, Baluchari silk sari stores, and stories of mythology rooted in the aura of what seems to be a long lost temple town ~ Bishnupur.

Strolling past the many temples that stood with pride and glory overcoming the test of time, I’d also stumbled upon a handful of those turned down to the state of ruins.

In the company of the ruined temples that are now home to fluttering pigeons and overgrown trees, a thought pricked me ~ ‘Ruin is a gift. Ruin is the road to transformation’ (Eat Pray Love), is what I could best relate to.

The chaos in the city, the Bombay buzz, the melancholic monotony had ruined the spirit within only to spark bits of joy to comprehend the easy learnings of life better.

In the middle of what stood the test of time, I’d somewhere grown to closely look at life past the everyday cribbings.

In the middle of what seemed to be long lost, I’d somewhere learned, to be found I must first be lost.

3. The Grand Canyon of West Bengal.

The red soil gorges sitting by the banks of the river Silabati seemed to be a spectacle in itself.

Much to my surprise, such a topography was a rare find on the flat plains of Bengal.

The only look-alike of The Grand Canyon of Arizona; in India, I’d ever known was the one in Gandikota. But the one in Bengal popularly known as Gongoni located in Garbeta (close to the forests of Joypur) was something I was completely awed at initially but later, was left disappointed.

Slightly being in the uprise of Midnapore District’s tourism, it was unpleasant to spot troops of rowdy men boozing, eve-teasing and littering down the gorges.

Safety Tip – The best way to visit Gangani is with a medium or a large sized group. Solo travel for men as well for women is something I would not recommend. Also, visiting after Sunset is not advisable.

4. Walking down the Era of Zamindars in Narajole.

The beautiful message from the ruins of Bishnupur followed me to yet another grandeur of historical Bengal.

Aisled by 54 450-year-old temples, a ballroom, and a palace that is home to about 200 rooms Narajole was one of those many villages that saw the glory of the Bengali zamindars.

Every corner in the partly ruined buildings of Narajole shared stories of the past, and narratives that were intricately felt and seen by the chipped walls of the Rajbari (palace).

The faded maroon windows, dull black doors, and carvings depicted events of an era I was not born to.

It seemed beautiful how Narajole led me to travel back in time.

Once a symbol of grandeur, the Narajole Rajbari (palace), the ballroom and its neighborhood has now demeaned to the state of ruins. Talks of the Heritage department under the State Government taking up initiatives of restoration are in bloom, however, there’s barely an indication to assure it’s happening.

5. Accepting the Irony of life at Digha Mohana.

The polluted, crowded, and chaotic beaches of Digha reminded me of the congest and the cacophony of the Bombay beaches. The very first glimpse of mobs walking in convinced me enough to find an offbeat partner to the overly touristic beaches of Digha.

A few kilometers away from the touristic settlements, we drove past tall palm trees, narrow roads, and fresher sea breeze to a much lesser known clean stretch of sand where touristy crowds counted down to zero.

In the backdrop of colorful fishermen houses and a beach entirely to us, I couldn’t have anchored my heart in a place better than the stretches of Digha Mohana.

In the golden light of a breezy afternoon, all I had as my company was the deep smell of the sea.

6. The Scenic Drive from Shankarpur to Tajpur.

The scent of the far-out Bay of Bengal had lounged me to go beach hopping. Infatuated by the deep smell of the sea in Digha Mohana, I craved to explore the nearby stretches of pristine sand. The roaring sea seemed soothing for reasons undeciphered.

Tajpur at the fringe of being newly popular and fairly unclean, Shankarpur beach being closely known and partly touristy, I’d always choose to settle for the coastal drive passing tiny fishermen hamlets and the gorgeous sea scenes.

From taking in the scent of wilderness in the forests of Joypur, fetching life lessons from the ruins of Bishnupur and Narajole, finding rare topography treasures in Gongoni to syncing in with the irony of life; by the roaring seashores of Bay of Bengal, this journey to an unsung Bengal was precisely what I’d fancied to race up the monotony and find joy in the little things of life.

The stretch starting from Shankarpur to Tajpur could be a gentle reminder of the cliched quote ~ ‘The journey is the destination.’ 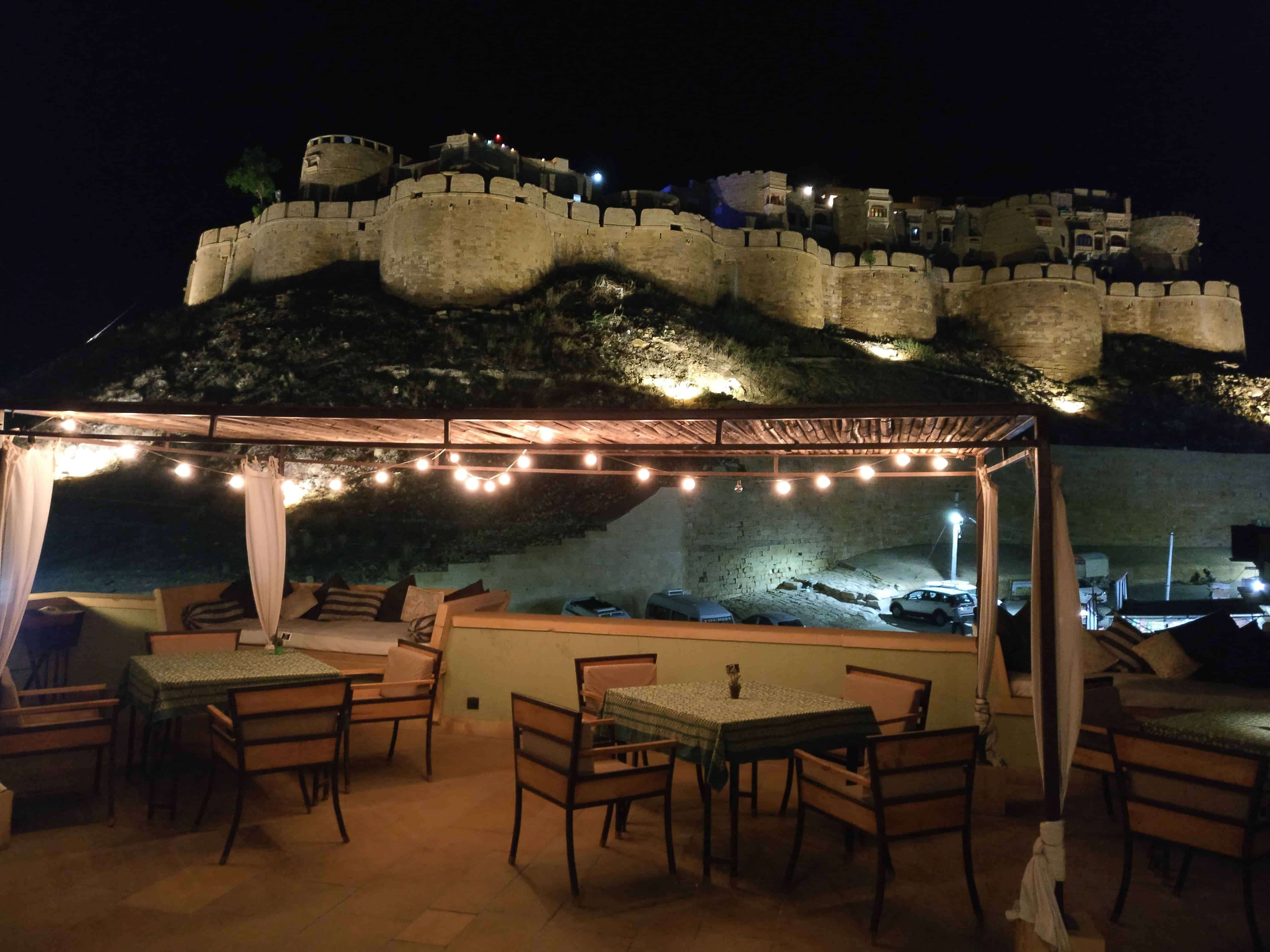 Best Offbeat Places to Stay in Rajasthan! (MUST Visit Places)

Rajasthan to me is my ancestral home; where my forefathers probably owned havelis and palaces in their name, built greatest...